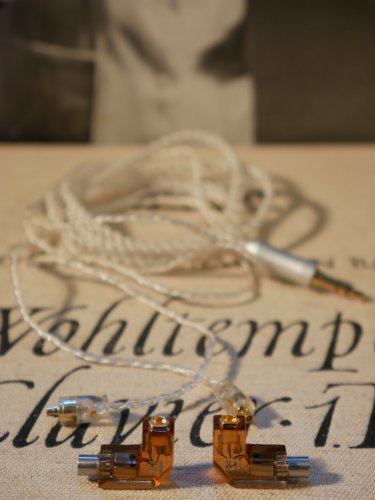 KB Ear is a newcomer in ‘’chi-fi’’ overcrowded audio universe, but unlike some unserious audio company that lauch immature products just good for the trash, Kbear look like to put serious effort in creating their earphones.

As some already know, i’m very curious about new housing design, whatver where it came from, sov when I fall on the Kbear F1 earphones by pure hasard on Aliexpress and see this L shape transparent housing with a single armature driver solidly stick inside, my curiosity about sound potential as well as good fit push me to personally contact the company for a review sample.

Strangely, I fall on some positive impressions of this very F1 iemafter I order it, so, now, my expectation go higher, a little too much perhaps but still let say it already : this is welol tuned single driver that is sure competitively priced at 30$. And more interestingly, it do not follow same tuning path and choose instead a more audiophile and flat sounding response that will certainly appeal to serious and mature audio enthusiast.

Now, let’s see if it worth more than a niche attention. 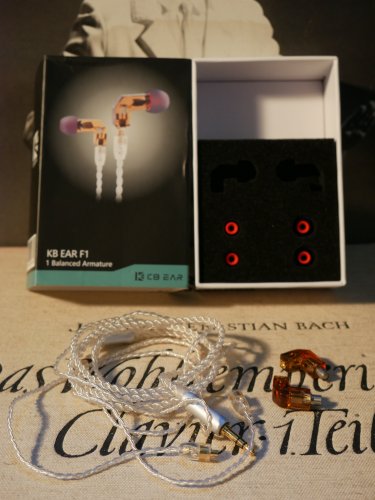 UNBOXING is similar to KZ budget earphones, with the exception of including a nicer 4 cores MMCX silver plated cable that impress me for its quality at such low price. Appart fromthis you got silicone eartips and that’s about it. 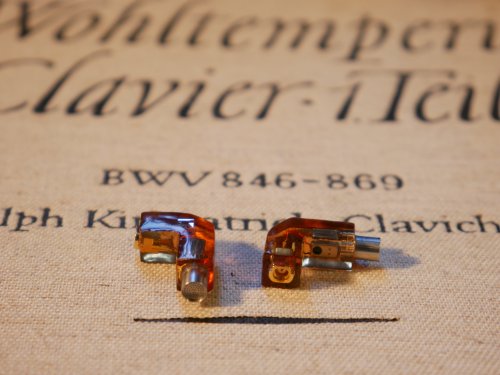 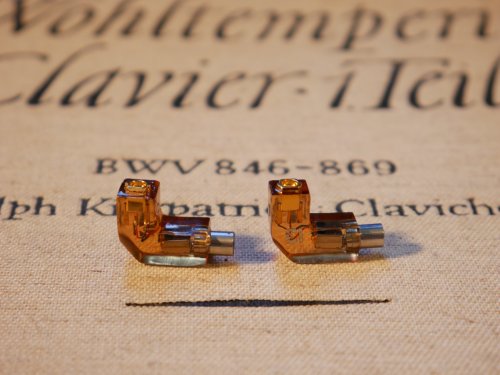 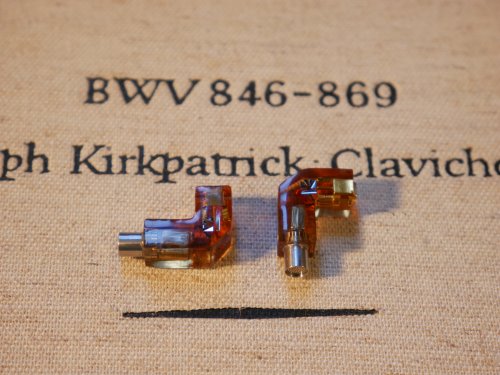 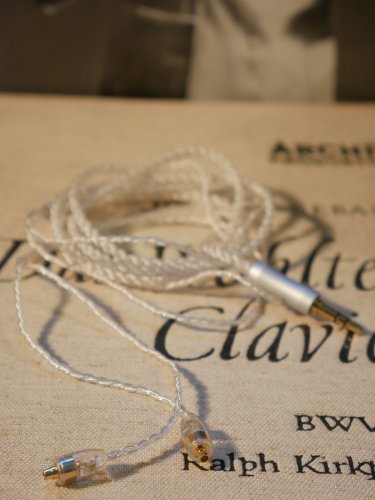 CONSTRUCTION is impressive too for the price, I like the housing material that look like thick resinous plastic with an appealing transparence to it that show inner driver. Most of all, this material look invincible and promess irreprochable durability, but we can’t tell if the life spent will be that long due to average MMCX connectore used.

DESIGN again, was well done and I find the F1 very comfortable to wear due to their unique shape, whatver you wear it standard way or over ear it will fit nicely due to its rather small size. In another hand, i don’t think their lot of work about acoustic design of the housing here, its really like puting a balanced armature directly into your ears, wich remind me Final Audio F serie iem but with the disadvantage of doing your own tuning work with your collection of the right eartips to expend soundstage, imaging and bass. 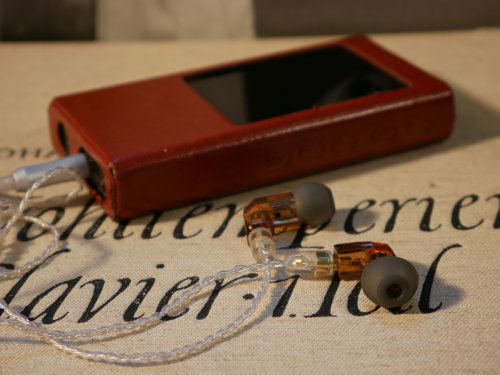 First impressions wasn’t that positive due to overly grown expectation as well as bad eartips choice and not so good pairing with the Xduoo X3 DAP I use with F1. Yes, the F1 benifit from enough amping and can handle high volume quite well for a single balanced armature, as well, you will want to use rather big and enough long silicone eatips to get a more spacious sound with fuller presentation. I will never repeat this enough : everybody have different ear shape and most find a tips that give maximum seal as well as enough air to let sound pressure send freely the soundwave.

At first, i find the F1 sounding thin and fowards and lack in instrument separation department, but when I find the right eartips and pair it with enough powerfull DAP like the Xduoo X20 or Ibasso DX90, the sound blossom like dandelion in debut of summer. It was still a BA soundsignature but with wide soundstage, smooth slightly dryish timbre, fowards and very clear mid range and crisp tigh treble that avoid agressive peaks.

SOUNDSIGNATURE is near neutral with smooth mid centric approach and extra treble energy in upper range to make this flat presentation more lively.

SOUNDSTAGE without being intimate isn’t particularly out of your head, it just got enough widnest to avoid feeling congested.

IMAGING is average with good sens of transparent layering, we aren’t in precise holographic presentation here and the limit of a single armature driver show its weakness. In fact, it lack space between instrument wich make it a little congested and sounding like a intimate wall of sound you look at.

BASS is good for a single armature and beat more expensive single BA iem in term of control and deepnest like the Brainwavz Koel, but that doesn’t mean it sound full and natural. Nope, slight roll off begin around 50hz wich make sub bass sound dry and light. Still, no distortion whatsoever, wich is a big plus for me, as well, the mid bass is very energic without sounding too agressive or lifeless. Even Aphex Twin sound kinda okay with the F1 wich tell alot. Anyway, we can say its a quite light, dry and not very detailed in timbre kind of bass, with good tonality but serious lack of lower impact as well as space to properly separate from mid range (even if no, it do not bleed on it as it do not move any air!).

MID RANGE is foward with smooth timbre and natural tonality, but lack in texture and separation. This is the biggest issue with F1, it sound thin and congested, and it look like audio engineer try to compensate this with a push in upper mid range that do not help at all for injecting more life and fullnest to vocal, in fact,yep, we got some sibilance and an overall metallic timbre instead. Yes, at least we have some transparence that can help discerning sound loayers, but its not in a appealing or very musical way, it very fowards and lack refiness even for a 30$ iem.

TREBLE isn’t the best part of F1, and this is surely due to the use of a cheap bellsing balanced armature that just can’t deal with everything at same time, so, yes, it barely have a full frequencies response, but to the cost of making it primitive in term of timbre, texture, details, attack, decay, sparkle and snapiness. To me it have an old transistor radio feel, but even those radio sometime use tube that inject more life and appealing warmness to it. Instead of details in timbre we have subtle noisy grain, the percussion are splashy and grainy but not in a harsh way, the classical guitar doesn’t have lot decay to it and lack grip too, but it have good clarity nonetheless. As well, you will not find easily lot of micrdetails with the F1, so, its a verystrange mix of darkness and brightness here. Yep, treble is indigest for the one searching appealing musicality. 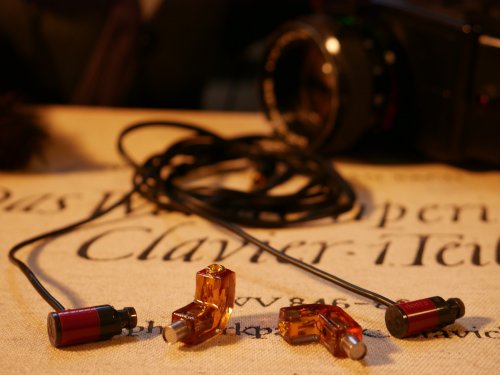 VS FINAL AUDIO E1000 (30$) :
Construction is the only place where E1000 loose here, because the F1 have great housing as well as nice 4cores SPC cable while the E1000 have cheapish plastic housing and average basic cable.
When it come to the sound, audio engineer of Final Audio would have a good laugh listening to the lifeless F1. Soundstage is way wider, deeper and have an around your head feel while F1 is intimate and stock in your head. BASS is beefier, more impactfull with good roundess and brightish timbre that feel more detailed even if not perfect, F1 bass feel thin and shadowed by a messed up wall of sound. MID RANGE have thicker timbre and smoot naturalness with hint of dryish warmness and F1 only have the dryness with sub par instrument separation. Vocal aren’t inviting at all with F1n even if very foward, while the E1000 have great clarity and just enough fowardness to them, again sounding full and lush compared to thin and dry F1. TREBLE is less peaky with E1000 as well as slightly less extended, but more balanced in its presentation while the F1 have extra brilliance in upper treble to help craving some unatural details, making percussion sound too metallic and lacking in body. 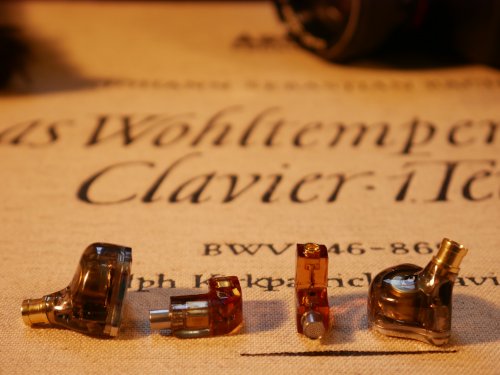 VS KZ ZS10 PRO (35$) :
Yeah, sorry Kbear, thats kind of crual comparaisons I do here, but its really the iem in same price range that fall in my hands. I mean, I SEE your potential, really, there something here but its not ready to be lauch in the sun. KZ ZS10 PRO have some similarity with the F1, in timbre, wich perhaps confirm they use same bellsing drivers…..but man, KZ have 4 of them plus a dynamic too! And its well tuned in a fun, punchy cohesive way! So, yeah, BASS dig way deeper, have better separation and mid bass slam is incredibly lively and weighty compared to dry, shy, congested one of F1. MIDRANGE is a little similar in timbre but have better clarity, imaging and energy with the ZS10PRO. TREBLE extend further with the PRO and offer plenty of details that are well layered and have their own singularity even if the crunchy timbre of percussion or some instrument can sound slightly off. All in all, the PRO is from another league far above the F1 here and the punchy dynamic it have make it like comparing an hyperactive and muscular (but little primitive) athlete to a…..dead body.

I don’t like writing negative review, especially when the price is 30$, but i’m NymPHONOmaniac and I listen to near an hundred sub-100 budget earphones, I mean….even at 20$ I would have been harsh with the F1, but at 10$ i would have applause the flat, near neutral tuning that tend toward a more audiophile crownd, the problem is perhaps that tuner aren’t audiophile with absolute ears at KB.

There some great potential here, I heard it, the clarity is good even if imaging is congested, but bellsing drivers never have been that great for attack and decay, as well as timbre fullness. Still, perhaps mixing Knowles and Bellsing could achieve a mix of sound colors that will make cohesive musicality with fuller sound, I don’t know, dynamic driver sure help to inject more body to overal sound. So, i’m not finish with KB and keep some hope with their other iem project, especially the last one that use a Knowles+dynamic driver.

Continue doing your audio homework KB, but perhaps you should change the balanced armature of F1 for a Knowles ASAP.

HISENIOR T2U Review is up.
Got the chance to have fast listen to 4 killer IEM.
DUNU LUNA.
HIDIZS MERMAID MS1
Follow No BS Budget Audiophile on WordPress.com
%d bloggers like this: